Boasting a rich history in Italian winemaking, Altaneve proudly represents the culmination of over 10 generations of Italian winemakers and their passions for producing superior wines.

A MODERN SPIRIT WITH AN ANCIENT STORY 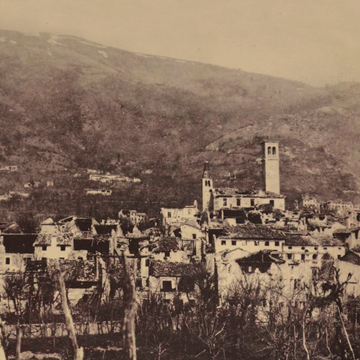 In an ancient land of emperors, philosophers, and artists, there was a noble wine called Pucino…

Well known to the Romans, Prosecco was produced using glera grapes initially native to the village of Prosecco and its surrounding areas on the Karst hills above Trieste. It was in these foothills of the Italian Alps that over 2000 years ago, Pucino (as it was then called) first came to be appreciated. Said to be a favored libation of Empress Livia Augusta (and accordingly enjoyed by Italian royalty and nobility alike), it was not until many centuries later – most prominently the 18th– that the cultivation of glera grapes was expanded through the hills of Veneto and Friuli and the name “Prosecco” really took hold.

The Prosecco that we know and love today was not produced until the 20th century – in large part due to the advent of secondary fermentation, a process whose fine-tuning and experimentation continues to enhance Proseccos like Altaneve today.

As the faithful embodiment of this ancient wine, Altaneve wines are exclusively produced in the distinctively steep foothills of the Dolomite Mountains (a section of the Alps located on the Italy-Austria border). Even the brand’s name respectfully pays homage to the topography of this special area as “Altaneve,” in Italian, translates to “high snow.” The snow-capped peaks of the Dolomites can easily be seen from the tops of Altaneve’s hilly vineyards. It is the uniquely temperate microclimate of these mountains that lends its unparalleled character to the grapes that make Altaneve wine remarkable.